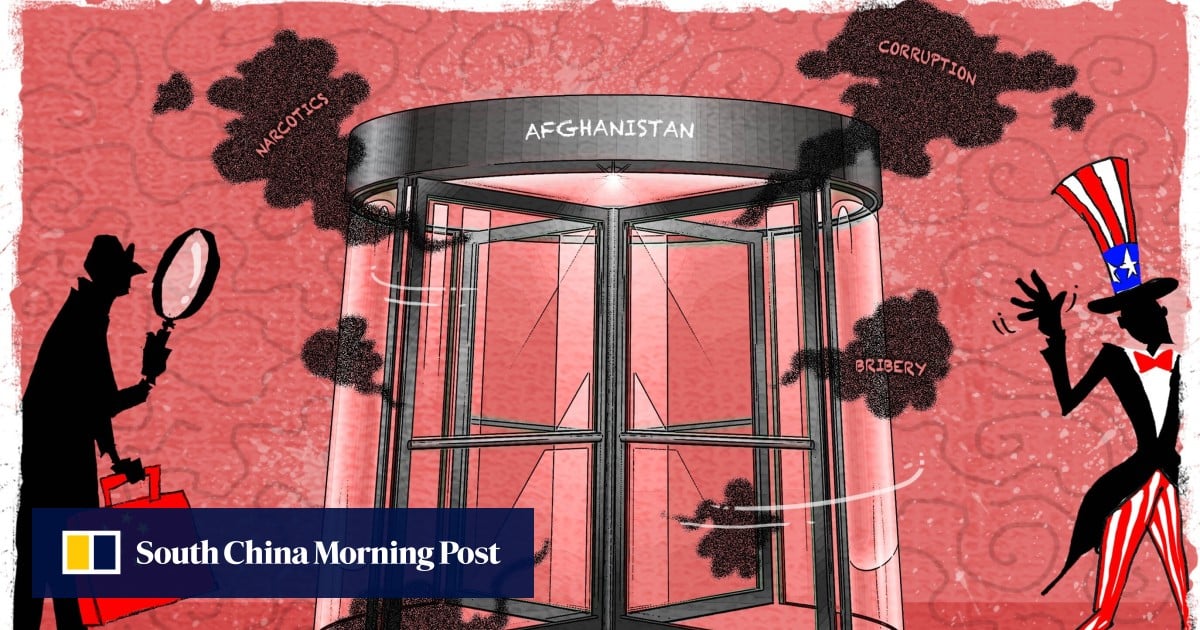 Chinese commentators say Beijing has learned important lessons from US actions in Afghanistan and would not take the same approach.

“The biggest difference between the United States and China is that we do not interfere with the domestic politics of other countries,” said Liu Zongyi, secretary general of the Center for China-South Asia Cooperation. of the Shanghai Institutes of International Studies. “If China invests in Afghanistan in the near future, it will focus on people’s livelihoods and humanitarian aid.

Liu said the United States had invested with the intention of exporting democracy, ignoring the country’s Islamic traditions that opposed the implementation of a Western-style political system.

In addition to military spending estimated at $ 837 billion over 20 years, Washington has spent an additional $ 145 billion trying to rebuild Afghanistan, the largest such program in U.S. history, according to SIGAR, created by Congress as an independent watchdog of conflict.

While SIGAR recognized the improvements in healthcare and education, it also said various U.S. administrations have failed to tackle corruption, despite warnings from military leaders on the ground and assessments by the embassy in Kabul.

In the same report, SIGAR cited a 2010 US Embassy cable that described “the unpunished abuse of power by corrupt officials and power brokers, a widespread sense of deprivation of political rights … and l ‘corrosive effect on governance at the highest levels by patronage networks often funded by drug trafficking and other criminal activities’.

Terrorism researcher Raffaello Pantucci, senior researcher at the S. Rajaratnam School of International Studies in Singapore, said China may well be in a position to criticize US failures in Afghanistan, but its investments in the country face the same corruption issues that have blocked the nation of Washington. -construction efforts.

“If you go to a corrupt state to build infrastructure, you will probably only worsen corruption and inequality,” he said.

One example Pantucci gave was a $ 400 million oilfield project in northern Afghanistan, a collaboration between Chinese energy giant China National Petroleum Corporation and the Watan Group – believed to be owned by two cousins. of former Afghan President Hamid Karzai.

There has been little progress since the contract was signed in 2011, and despite the connection with Karzai, local power brokers had attempted to extort money from the project, according to Pantucci.

Du Youkang, a former diplomat with the Chinese embassies in India and Pakistan, said each project backed by Chinese investments should be rolled out on a case-by-case basis, taking into account the risk conditions on the ground. “The lower the risk, the better,” said Du, now director of the Pakistan Study Center at Shanghai-based Fudan University.

China had already made huge investments in Afghanistan, including a $ 3 billion copper mine, so a future Taliban government is expected to provide security for China-backed projects in the country, he said, noting that this was a common approach in Pakistan.

“A lot of Chinese have just left Afghanistan, so they’re not investing, but the problem is a lot of our assets are still there, so once the situation stabilizes we have to go back, so much money went there. “

Some Chinese analysts have pointed to Afghanistan’s potential future role in Beijing’s strategies, such as the Belt and Road Global Initiative.

But Commerce Ministry researcher Mei Xinyu criticized the eagerness of some to increase China’s involvement in Afghanistan, describing the country’s potential as a “crossroads of civilizations” as a “behind-the-scenes illusion” .

The country’s isolationist history and persistent wars meant it was unable to play a key role in international trade or transportation, he wrote on Aisixiang.com, a website that publishes articles by Chinese academics on current events.

Mei – who is known as a nationalist commentator among his 1.5 million followers on the Weibo social media platform – also cited “the increasingly closed, backward and tribal Afghan society.”

Pantucci, a former visiting scholar at the Shanghai Academy of Social Sciences, compared the US role in Afghanistan with China’s long-standing no-intervention policy.

“As Afghanistan’s richest and most influential neighbor, there was an underlying expectation that China would be able to play a bigger role in the country,” he said, in an article published last November by the Oxus Society for Central Affairs, an organization in Washington. non-profit that promotes academic exchanges with Central Asia.

“Instead, China has carefully hedged itself, continuing to offer potential for engagement but never really following through,” he wrote.

Afghanistan has a long history of conflict and invasion. The British took control of the country in the 19th century as part of its so-called Great Game rivalry with the Russian Empire, before finally withdrawing.

The Soviet Union invaded and occupied Afghanistan for about 10 years starting in 1979, which was followed by years of civil war before the United States and its allies invaded in 2001. The American Invasion , weeks after the September 11 attacks by al-Qaeda, overthrew the Taliban. government, which Washington said provided refuge for the culprits.

His stated goals in Afghanistan included eliminating Al Qaeda and fighting the Taliban to deny all terrorist groups safe haven in the country. At the same time, the United States aimed to establish an Afghan security force and a stable civilian government.

The conflict has killed 2,443 US soldiers and 1,144 Allied soldiers, according to the US Department of Defense. Many more Afghans have lost their lives, with at least 66,000 Afghan soldiers dead as well as over 48,000 civilians. Afghan deaths are likely significant underestimates, according to SIGAR. 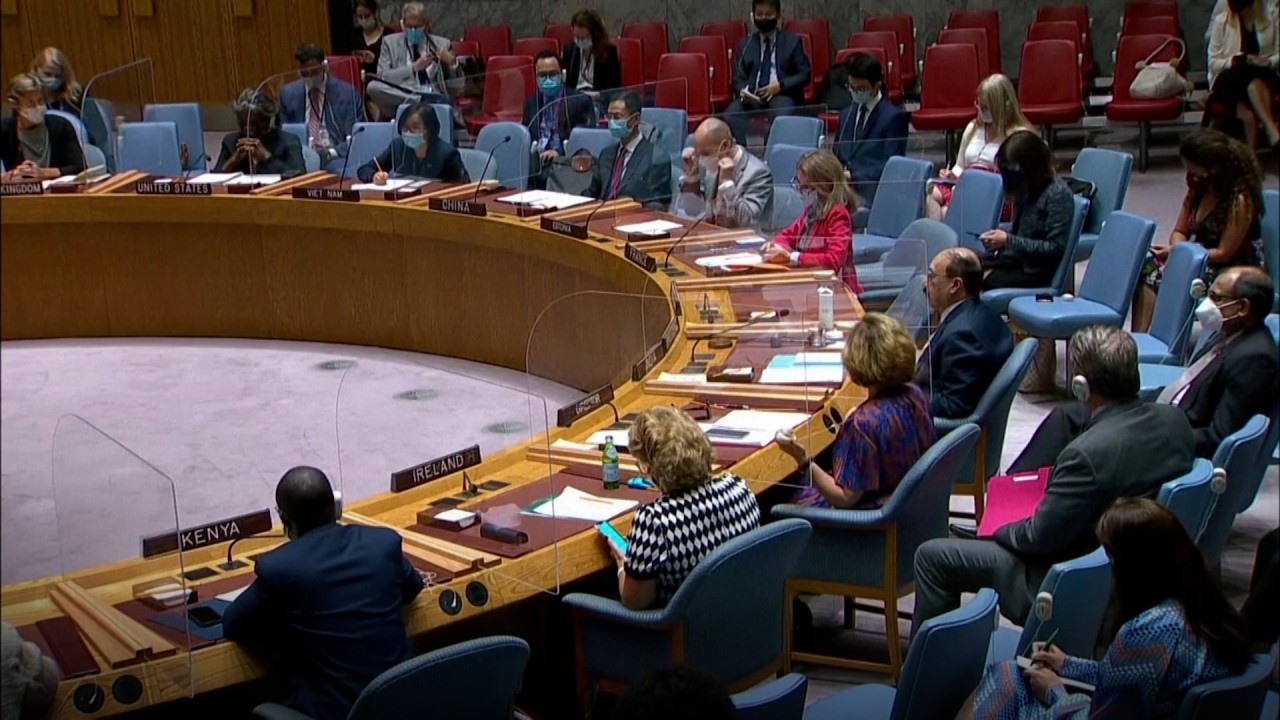 Ma Haiyun, associate professor of history at Frostburg State University in the United States, said Beijing is ill-equipped to deal with fractured Afghan society because it lacks a network on the ground. China’s suppression of the Uighur Muslim population in its far-western region of

, which borders Afghanistan, had been a missed opportunity to influence events beyond the border, he said.

“China destroyed a resource it could have used to expand its influence in Central Asia,” said Ma, who studies China’s relations with the Muslim world and is a Hui ethnic group, another of China’s Muslim minorities. .

Beijing has been accused by the United States and other Western countries of human rights violations against the Uighurs, a Turkish ethnic group with a population of over 12 million, mostly in

. China said its actions were in response to protests and riots that killed hundreds, as well as separatist and Islamist terrorist threats in the region.

Beijing has previously asked the Taliban for assurances that it will sever ties with the East Turkestan Independence Movement (ETIM), a group of Uighur militants who are considering an Islamic caliphate in an area that includes Xinjiang.

Ma said Beijing hopes that a new Taliban government will prevent ETIM’s activities in return for support and investment, but maintains that the Taliban will never attack ETIM on Beijing’s orders.

“The Taliban were ready to lose power over Osama bin Laden, do you think they will wage a war with ETIM? China can only ask nicely at this point and give money, ”he said. The scenario gives the Taliban leverage over China, he said. “It’s not an equal relationship.”

Instability in Afghanistan and the threat of a resurgence of ETIM have led to believe that China itself could be drawn into direct intervention in the country, a possibility considered unlikely by Koichiro Tanaka, professor at the graduate school of media and governance at Keio University in Japan, and a former political affairs officer of the United Nations Special Mission to Afghanistan.

“I see less possibility of China launching an attack or a military intervention inside Afghanistan. They have the capacity to do it, but China being dragged into the quagmire of Afghanistan would only make the situation worse, ”said Tanaka, who helped oversee the elections in Afghanistan.

He added that if China intervenes militarily in Afghanistan, it would strengthen support for ETIM or other separatist movements that may exist in China. “It’s playing with fire and then getting caught in the fire at home,” he said.

“The Chinese have learned from the mistakes of the British, the Soviets and the Americans [in Afghanistan]. They may want to crush elements that may have been involved in the terrorist attacks inside China, but would do so through the Taliban, through the influence of Pakistan.