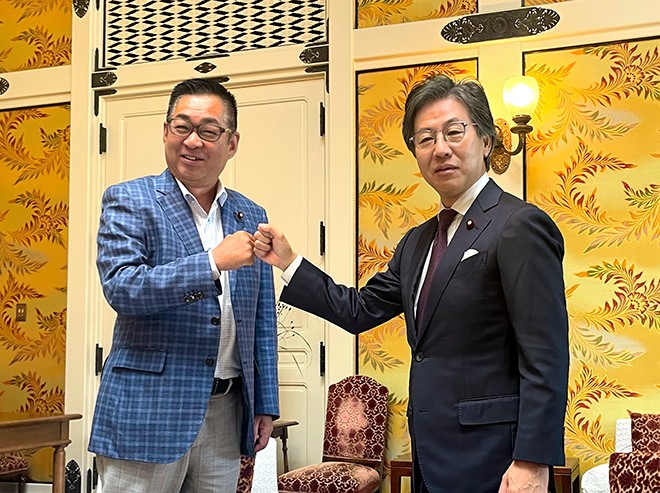 On September 21, the two largest opposition parties agreed to “fight together” on six issues at the extraordinary session of the Diet next month to put pressure on the now weakened administration of Fumio Kishida.

The liberal-minded Democratic Constitutional Party of Japan and Nippon Ishin (Japan Innovation Party), a conservative force based in the Kansai region, reached an agreement ahead of the session scheduled for October 3.

The six points include helping victims of the Unification Church’s shady donation-selling practices and submitting a bill amending the Diet Act to require the Cabinet to convene an extraordinary session of the Diet within 20 days of receipt of such request.

The two parties will also cooperate in revising the Public Office Elections Act to rectify disparities in the value of votes by adding 10 lower house seats in some electoral districts while removing 10 seats in other constituencies. .

In addition, the parties will seek legislation to compel legislators to disclose how they spend 1 million yen ($6,900) in monthly stipend for transportation, communications and miscellaneous accommodation costs.

The stipend, called Diet members’ “second salary”, changed its name earlier this year, but lawmakers are still not required to keep receipts or compile reports on how they use the stipend. silver.

Jun Azumi, head of the main opposition CDP’s Diet Affairs Committee, and his counterpart from Ishin, Takashi Endo, agreed on the framework during a meeting at the Diet building.

“We would like to advance Japanese politics by having the largest and second largest opposition parties work together to create a tense political environment,” Azumi told reporters after the meeting.

Endo told reporters: “(Opposition parties) were at odds and ruling party members were rejoicing. This is how we have been until now. We would like to be united as much as possible.

The two parties have quite different ideologies, and their approaches to Liberal Democratic Party-led administrations have also been in stark contrast to each other.

The CDP, which emerged from the former Democratic Party of Japan, built its presence by directly confronting the government.

Ishin, whose slogan “Zeze hihi” means “What is good is good and what is bad is bad regardless of your position”, had pushed his policy by using party members’ personal connections with governments led by Shinzo. Abe and Yoshihide Suga.

Political observers say both parties are seeking to capitalize on the growing unpopularity of Cabinet Kishida.

The Prime Minister has been criticized for deciding to hold a state funeral for Abe and for failing to clarify the extent of the LDP’s ties to the Unification Church, now officially known as the Federation of the family for world peace and unification.

The CDP and Ishin did not cooperate in the Upper House elections last summer.

But after the LDP’s landslide victory in that election, CDP lawmakers increasingly believed cooperation with Ishin was necessary to keep pressure on Kishida’s government, observers said.

Ishin lawmakers now believe fighting with the CDP on certain policies would be beneficial as Ishin’s ties to the government have weakened, observers said.

(This article was written by Shohei Sasagawa and Tomoya Takaki.)