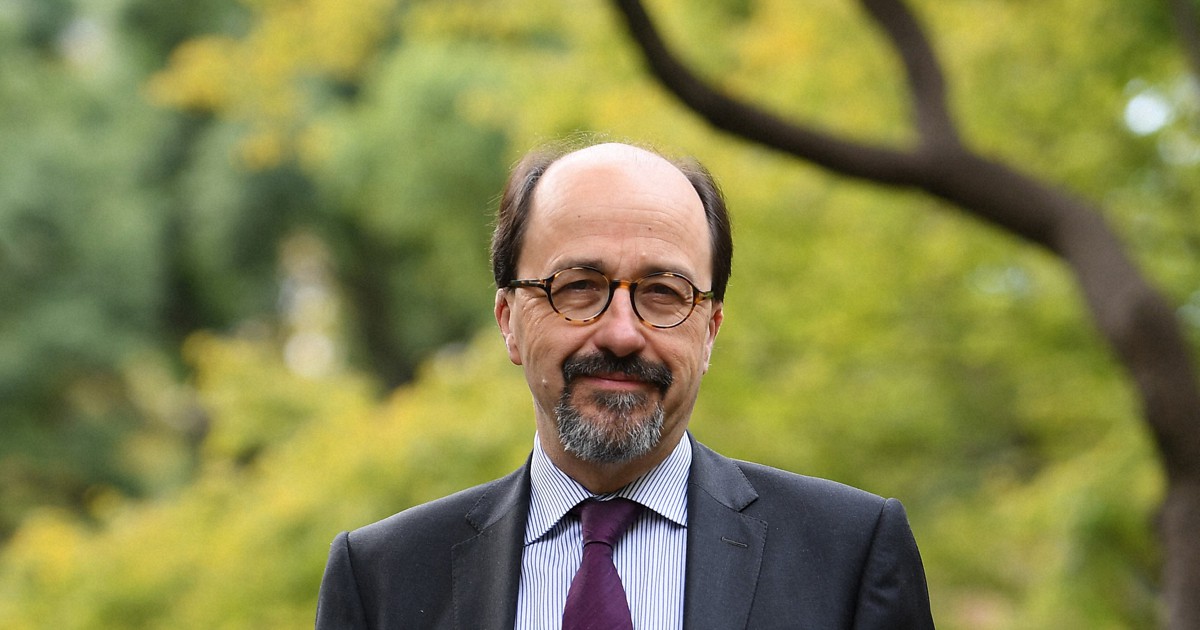 The coronavirus pandemic and climate change are closely related crises, with demographic and economic pressures facilitating the passage of viruses from one species to another, and political and economic pressures caused by the pandemic having weakened the will of many. countries to take the bold steps necessary to combat global warming. We also just saw at the UN’s COP26 climate conference how much the two suffer from the same geopolitical malaise: the failure to foster global collaboration, let alone global governance.

At almost every level, the event of the United Nations Conference of the Parties in Glasgow, Scotland in early November, known as COP26, was a disappointment. If the mission of the event is seen to have been to secure broad international agreement on transformative solutions to reduce greenhouse gas emissions and limit the rise in global temperatures, then it was a complete failure. The best that can be said of the negotiations is that they went in the right direction and perhaps established a platform on which more ambitious solutions could be agreed in the future, at COP27 in Egypt. next year, or at a future COP.

Yet we should not dismiss these modest advances in too scathing fashion. Some progress, after all, is better than nothing. Better to think about the real reasons why progress on climate, and more broadly on global collaboration, is so difficult.

There are two main explanations. The first is only a reality: that domestic politics come first, for almost all countries, whether they are democracies or authoritarian regimes. This can be seen most clearly in the hypocrisy shown in Glasgow both by the host, the UK, and by Japan, among many others.

The UK, in the form of its still very vocal and optimistic Prime Minister Boris Johnson, called for the summit to be bold and to “keep 1.5 alive”, that is to say to take measures that would limit the rise in average global temperatures to 1.5 degrees Celsius. Yet, just before the summit, the UK government presented an annual government budget in which a decade-long freeze on fuel taxes was maintained and which cut taxes on domestic flights, and the UK brought about the outrage of environmentalists by authorizing the expansion of an oil field in the North Sea. and even consider authorizing a new coal mine. Such measures categorically contradicted the idea of â€‹â€‹”keeping 1.5 alive”.

Japan, too, in the form of an incredibly quick and efficient visit to Glasgow by Prime Minister Fumio Kishida in the aftermath of his successful election to the Lower House, spoke piously about the merits of international collaboration, and yet was the one of 46 countries that have not signed up to the pledge to phase out coal-fired power plants. It was probably a relief to the Japanese government that it was India which insisted, at the last moment, on a modification of the official statement of COP26, replacing the objective of “phasing out” of coal with more language. mild of simply “phasing out” the most polluting fossil fuel. If Japan is not prepared to phase out coal, then it is not really serious in its fight against climate change.

This is also why, in some respects, the whole idea of â€‹â€‹these major international negotiations is a little illusory. The impression given is that at these gatherings world leaders come together to discuss problems and find solutions. In reality, all they can do is meet to compare their domestic situations and see how far domestic politics can be pushed to achieve collective goals. In a few cases, the pressure of international opinion may persuade some governments to return home and make serious efforts to sell stricter measures to their national audiences, but most policies do not need to be changed. instantly.

Things would only be radically different if the two world superpowers came to an agreement, an agreement that would have the possibility of exerting leadership and thus forcing other countries to follow, even in defiance of their domestic politics. This is where the second explanation comes in. Sadly, relations between the United States and China have grown increasingly strained, if not hostile, during the pandemic and are now arguably worse than at any time in the past half century. They were not really in a position to exercise leadership, both because of their respective domestic political situations and because of their rivalry among themselves.

However, we should take comfort in the small signs that this divide between the United States and China can be alleviated, even if it cannot be bridged. At COP26, the main negotiators from the two superpowers, Senator John Kerry and Xie Zhenhua, issued a surprise statement promising to collaborate more deeply on climate in the future. And in the days following the close of COP26, President Joe Biden and President Xi Jinping held their first bilateral summit of the year, albeit by video conference, as President Xi is currently unwilling to leave. China.

The results of this surprise statement by Kerry-Xie and the Biden-Xi summit were vague. Nor can it be said that it indicates a radical change of direction. The most positive reading from the Biden-Xi summit was that the two sides may have agreed to sit down to discuss their respective arsenals of nuclear weapons, but it’s still unclear when or even if that will actually happen. .

My compatriot, Winston Churchill, has been notoriously quoted as having said during the 1950s confrontation between the United States and the Soviet Union that at least what he called “jaw to jaw”. that is to say speaking, was better than “war war”, and this is arguably also true of the Biden-Xi summit. The main task should be to establish a routine of dialogue and an agreed agenda of points of common interest on which the two rivals can potentially collaborate. Without it, the danger of conflict will only increase.

The dream of global governance and its less institutionalized cousin, global collaboration, must be seen in this context. The rivalry between the two superpowers will, for as long as it last, severely limit what can be achieved by United Nations institutions or summits.

This does not mean, however, that nothing can be done. The greatest potential for progress lies in direct negotiations and, hopefully, agreements between the United States and China, perhaps encouraged and pushed by their friends and allies. In addition, smaller groups of countries can come together to forge their own agreements and take collective action, even against climate change. Their domestic politics will always stand in the way of such deals, but the chances of persuading voters and other political forces may be higher when groups are smaller or more local.

It is not ideal. This is not what we would recommend for a global, even planetary management, if we gave it a blank sheet of paper and a favorable atmosphere. But that’s what we have, so we better work to make the most of it.

(Bill Emmott is a freelance writer, speaker and consultant in international affairs)