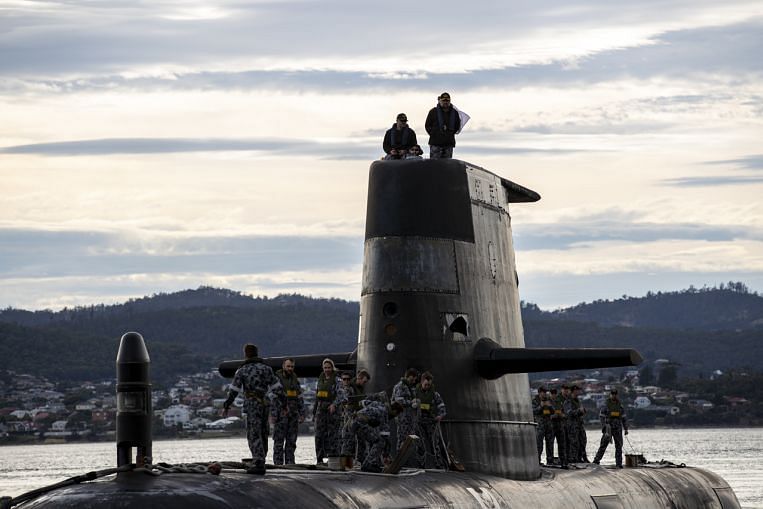 We hope you are doing well.

In our Asian Insider newsletter this week, we take a look at how the Aukus Trilateral Defense Pact is affecting the region and why the reactions have been mixed. We also take a look at struggling Chinese real estate giant Evergrande and whether it poses a systemic threat to the economy.

Caution and cheers greeted the new defense pact between Australia, the United Kingdom and the United States (Aukus) last week, writes regional correspondent Arlina Arshad, as Asia weighed in on the prospect of more. great geopolitical uncertainty over the advantage of having a balancing force for China. The deal, which will provide Australia with its first fleet of nuclear-powered submarines, reflects Canberra’s deep concern for its future security, reports Jonathan Pearlman of Sydney. Long torn between depending on the United States for its security and on China for economic growth, Australia has ended this dilemma and has decided to side with the United States squarely, the deputy editor said. Ravi Velloor.

Listen to our podcast with regional correspondent Leslie Lopez on Aukus’ implications for Southeast Asia.

Aukus also shed new light on another Chinese counterweight – the Quad group made up of four nations including the United States, Australia, India and Japan, which is holding its first summit in person on Friday, September 24, writes the US bureau chief Nirmal Ghosh.

Meanwhile, US correspondent Charissa Yong warns in Power Play’s latest installment that inconsistent perceptions that the US has lost its self-confidence and China as an ascendant could block the way to better relations between the two nations.

All eyes are on the world’s most indebted real estate developer, Evergrande Group, to see if it will honor its bond payments and whether Chinese regulators will intervene in its liquidity crisis, reports Chinese correspondent Aw Cheng Wei. At stake are millions of jobs, dozens of financial institutions and possibly the next Asian financial crisis, writes associate editor Ravi Velloor. Listen here to Mr Velloor explain why the fallout from Evergrande might not be a ‘Lehman moment’ that freezes the global financial system.

Is it worth an extra shot?

Some countries have started giving an extra dose of Covid-19 vaccine to high-risk groups who are already fully inoculated, sparking debate on the need for booster vaccines and whether this is ethical and fair. Associate Foreign Editor Magdalene Fung takes a look at the science behind it all.

Race to be the Prime Minister of Japan

The Liberal Democratic Party of Japan has launched its campaign for the September 29 elections to choose a leader to replace Yoshihide Suga as party leader and become the next prime minister of Japan. Our correspondent in Tokyo, Walter Sim, examines the candidates for the highest office and how they will influence the future of the nation.

China’s announcement that it would stop funding overseas coal-fired power projects was welcome, but the reality at one of the world’s largest emitters is far more complex, writes Elizabeth Law, our correspondent in Beijing. China must reduce its domestic dependence on coal while continuing to stimulate industrial growth, a difficult task.

President Xi Jinping made the announcement at the UN General Assembly, which promises to be crucial for global climate action and will set the tone for UN climate talks in Scotland in late October, writes the editor Chief on Climate Change David Fogarty. On the sidelines of the UN General Assembly, the Association of Small Island States (AOSIS), which has 39 members, including Singapore, called for more aid to fight global warming.

Back in Asia, India is continuing its plans to produce green hydrogen, writes Nirmala Ganapathy, head of the Indian bureau, while Linda Yulisman explains how Indonesia’s decision to abandon its green deal with Norway will not work. not derail efforts to protect its rainforests.

Want to learn more about Afghanistan and how the return of the Taliban will affect terrorism, migration and strategic relations in the region? The based in the United States The East-West Center will host a webinar Next Tuesday (September 28) where experts discuss these questions, moderated by the head of our American office Nirmal Ghosh.

A pair of 107-year-old Japanese sisters, Ms. Umeno Sumiyama and Ms. Koume Kodama, have been certified by Guinness World Records as the oldest living identical twins in the world. While the feat is hailed in the world’s fastest aging country, it poses a challenge for Japan when paired with the fertility crisis and a declining productive population, reports Walter Sim of Tokyo.

That’s all for today. Until next week, stay safe and keep reading!