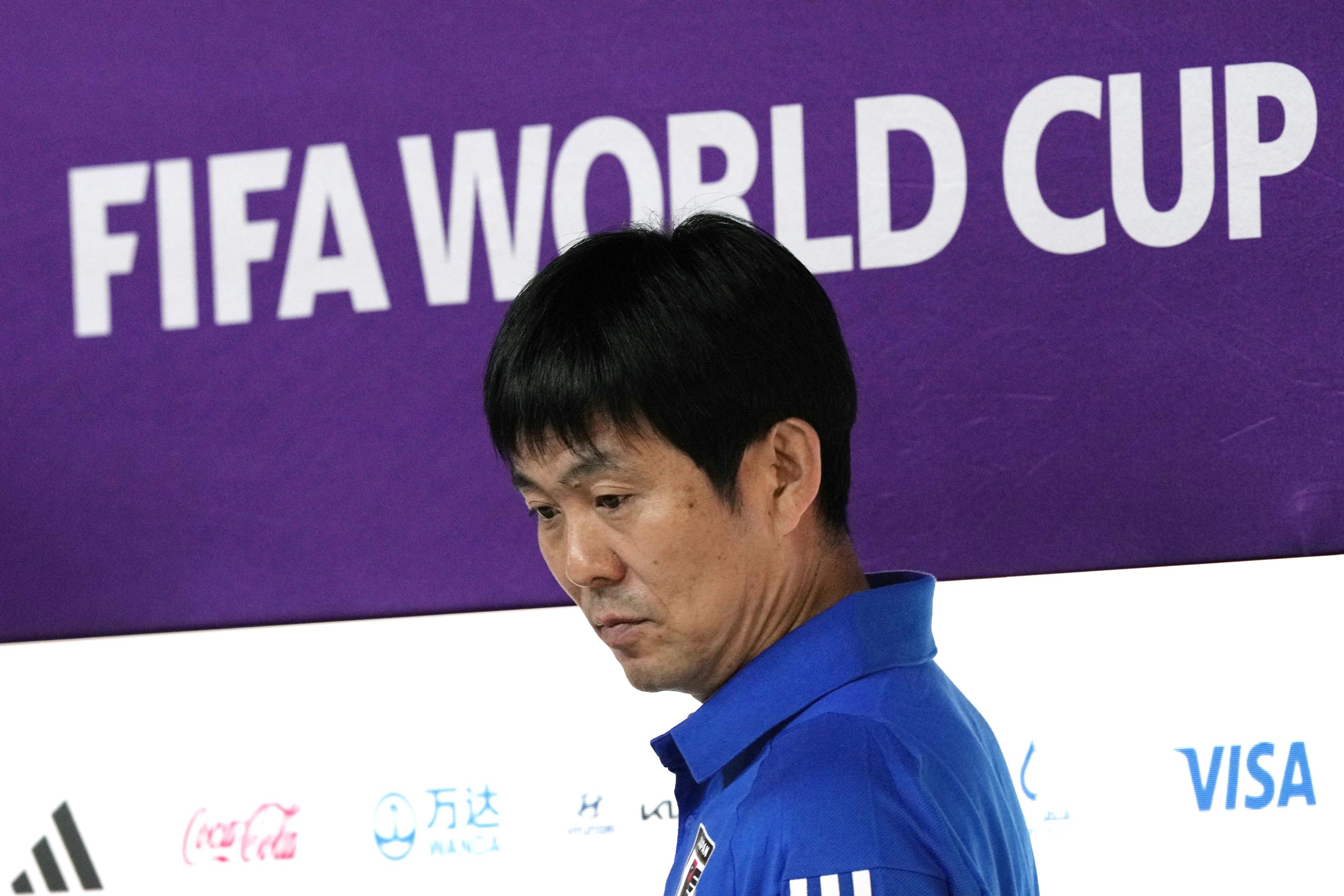 DOHA, Qatar (AP) — Germany’s World Cup opener against Japan will set the tone for the rest of the tournament — both for the team and the fans who may or may not be watching. home.

Germany’s preparation for Wednesday’s match was marked by fan protests, political statements and boycott calls and disappointing performances from a side still trying to regain their spark after a surprising exit from the group stage as defending champions in 2018.

It was the first time the four-time champions had been knocked out of the competition in the group stage.

“We all know it was nothing from us in the last World Cup,” German midfielder Joshua Kimmich said on Tuesday. “We had to wait a long time. Tomorrow it will be really, really important to start with a good game.

A convincing performance in what will be Germany’s 110th World Cup game could erase those lingering doubts from 2018, galvanize the team and perhaps even inspire some of the fans to boycott the tournament due to Qatar’s record. in matters of human rights to turn their televisions back on for the remaining matches. .

Germany will follow against Spain on Sunday and then take on Costa Rica in their last game in Group E on December 1.

Japan want to reach the quarter-finals for the first time making his seventh consecutive appearance at the World Cup.

“We want to qualify for the round of 16 and we would like to go further,” Japanese coach Hajime Moriyasu said on Tuesday. “For us, that would be changing history, that’s our goal.”

German players should be familiar to those of Moriyasu, with seven members of his 26-man squad playing club football in the Bundesliga and another in the German second tier.

“They play against or with the best players in the league and I’m sure they can put what they’ve learned into practice in the game,” Moriyasu said.

His counterpart Hansi Flick is impressed with the impact of Japanese players in the Bundesliga.

“I have to be a bit of a fan of Japanese football,” said the German coach. “You have a team, very well developed players, both technically and tactically. They are really very good. And we see that quality in the Bundesliga.

Flick noted that Eintracht Frankfurt striker Daichi Kamada is playing “an outstanding season” and said Wataru Endo of Stuttgart “is for me one of the best midfielders in Germany, in the Bundesliga, over the two last years”.

“So I think we have a big task tomorrow,” Flick said. “But we are well prepared and we are happy that it is finally starting.”

Germany will be without Bayern Munich winger Leroy Sané, who missed training on Tuesday with a knee problem. 19-year-old Bayern midfielder Jamal Musiala is expected to take Sané’s place on the left.

Flick says Bayern veteran Thomas Müller is ready to play. Müller hasn’t played for nearly a month due to muscle issues, but there’s a feeling the 33-year-old striker has booked himself for this World Cup.

Germany looked far from convincing against Oman in their last warm-up game, a 1-0 victory over Niclas Füllkrug’s debut goal that highlighted the defensive problems the team had. Germany had won just one of their previous seven matches.

While the team struggles to impress on the pitch, political issues have dominated the build-up to this tournament.

Germany captain Manuel Neuer was due to wear the ‘One Love’ armband promoting diversity and inclusion on Wednesday, but the German soccer federation and six other European teams were forced to back out to make the move by FIFA on Tuesday.

This prompted a strong reaction from federation president Bernd Neuendorf, who said it was “another low blow” by FIFA.

German Interior Minister Nancy Faeser, who is also responsible for sports, decided to travel to Doha, where she was due to meet German fans with Neuendorf before the match. Faeser’s journey had been uncertain in recent weeks, even after he said he had secured a “safety guarantee” for fans “no matter where they come from, who they love or what they believe in”.

A German TV commentator wore a rainbow armband and a t-shirt with a rainbow-colored heart during the United States’ game against Wales on Monday, apparently in protest against FIFA’s decision to ban the “One Love” armband.

Japan’s rise to power was much more serene.

Maya Yashida knows much of the German squad from her clashes with Bayern Munich players and others while playing for Schalke.

Moriyasu was keen to highlight the positive influence that the Germans have had on the development of football in Japan, starting with Dettmar Cramer, who led Japan to good results at the Olympic Games in Tokyo in 1964 and Mexico City in 1968 and laid the foundations for sustained progress.

“His contribution was greatly appreciated. We had excellent coaches and players from Germany. They came to Japan and made a great effort to develop football in Japan. We are very grateful to the German people,” said Moriyasu, who noted that Germany also won the World Cup when it was co-hosted by Japan and South Korea in 2002.

“They are role models for us and that has never changed,” Moriyasu said. “Tomorrow there will be mixed feelings. But no matter who the opponents are, we will give our best performance.