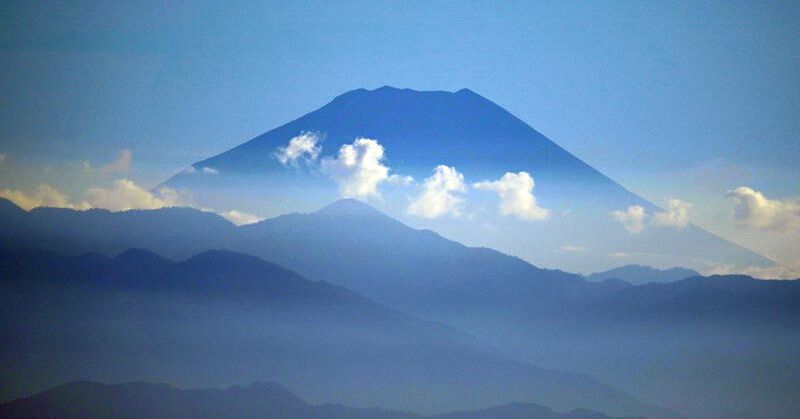 HONG KONG, Feb 22 (Reuters Breakingviews) – The stage is set for the next heavyweight battle in Japan. On one side of the dohyō is a quietly aggressive investor, emboldened by past success in imposing his presence and his ideas in the boardrooms. Opposite, a giant from the convenience store does not allow itself to be defeated, after having outwitted its last fighter. Due to the stakes and stakeholders involved, the outcome of the showdown between ValueAct and Seven&i, owner of 7-Eleven, will have a sumo effect on the nation’s corporate confrontation arena.

After a year of private pleas, the San Francisco-based fund manager run by Mason Morfit last month took the unconventional step of airing his grievances about the $44 billion company publicly. A vocal approach is part of the playbook for many of its insistent peers, but this is only the sixth time ValueAct has done so among dozens of additional diplomatic campaigns around the world over some two decades. Previous targets include Microsoft (MSFT.O) and Adobe Systems (ADBE.O).

More recently, ValueAct has made its mark in Japan, where its low-key consulting brand is generally better suited than strident attempts to unsettle entrenched management teams. Using these more low-key trading tactics, the company secured board seats and strategic reshuffles at Olympus (7733.T) and industrial materials maker JSR (4185.T). Since his arrival, the shares of both companies have significantly outperformed the local benchmark.

These previously persuasive credentials fell on deaf ears at Seven&i. In an at times confusingly worded response earlier this month, boss Ryūichi Isaka said the company was listening to ValueAct but saw little merit in its suggestions. He also pointed to a five-year plan released last July, when Seven&i said it would review the business mix.

The recalcitrance, though polite, is not warranted. Seven&i itself capital-paying projects for its overseas stores, which now include US Speedway gas stations it bought from Marathon Petroleum (MPC.N) last year for $21 billion, would top barely its estimate of the ultra-low cost of capital of around 4%.

ValueAct’s case is compelling, especially given Seven&i’s low total shareholder return relative to its peers. The fund argues that small companies like department stores and supermarkets bearing the name of the Ito founding family suck up capital, bring no synergy and weigh down valuation. Offloading them and instead focusing on spinning its 7-Eleven brand outside of Japan makes more sense.

Yet the company’s lack of financial ambition raises few eyebrows in a market where, excluding financial institutions, one in five Topix index constituents hold net cash equivalent to at least a third of their value. market, according to Breakingviews calculations.

International sales account for nearly half of Seven&i’s revenue, reinforcing the idea that it could use additional overseas retail expertise in the boardroom as Amazon and DoorDash ( DASH.N) are starting to enter the market. More independent directors would also reduce the risk of insiders defending fiefdoms at the expense of better returns. Additionally, the acquisition of Speedway dented Seven&i’s balance sheet, pushing net debt to 4 times EBITDA. Any sign of a struggle to reduce this ratio could spread shareholder discontent.

The climate has improved for militant campaigns in Japan. There were 60 last year, according to research firm Insightia, more than double the number in 2016. That year, aggressive investor Dan Loeb helped install Isaka as boss of Seven&i , but the resulting strategic changes were not very successful. Since then, other corporate giants have bowed to outside demands. Elliott Management successfully pushed SoftBank (9984.T) boss Masayoshi Son into a large share buyback that temporarily boosted the company’s valuation. Toshiba (6502.T) was forced by shareholders last year to publish an investigation into its close ties to the government, costing it a chief executive and chairman. The conglomerate is also now proposing to dissolve, although the controversy persists.

At Toshiba, foreign investors make up more than a third of the shareholder register, producing a more receptive audience to corporate governance complaints. SoftBank’s sprawling investment portfolio makes it an equally rare bird for Japan. Seven&i, on the other hand, is widely supported by the local establishment.

Alongside 10% owners bearing the Ito surname, the fund management arms of Nomura (8604.T), Sumitomo Mitsui (8316.T), Mitsubishi UFJ (8306.T) and Nippon Life Insurance are among those who hold the largest stakes. They will be harder to convince, despite encouragement from Tokyo Stock Exchange President Hiromi Yamaji to keep a more open mind to talkative investors, according to an interview published this month in Nikkei Asia.

ValueAct’s decision to speak out puts its reputation on the line in Japan and beyond. However, he is not alone in his mission. Artisan Partners Asset Management (APAM.N) also wrote privately to Seven&i to make similar points. At least one other aggressive investor is also in the mix. If Seven&i can hold its own against this insurrection, it will send a strong signal about the softness of shareholders nationwide. If ValueAct overcomes these challenges, it would be a giant shake-up for Japan Inc.

– ValueAct sent an open letter to the $44 billion Seven&i board on Jan. 25, calling on the company to pursue structural reforms “as a matter of urgency.”

– The investment firm said it has a 4.4% stake in the owner of the 7-Eleven convenience store brand, department stores, supermarkets and a bank.

– In the letter and also in a presentation published on February 8, he said he was unhappy with the company’s lack of commitment and called on Seven&i to focus on its convenience stores, particularly its operations at home. stranger, on pain of “drifting towards mediocrity”. ”

– The letter echoes similar letters made by Artisan Partners Asset Management, another Seven&i shareholder, in a separate missive sent to the company’s board in January.