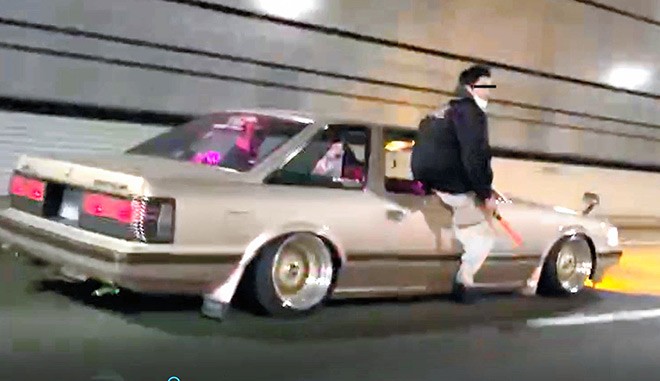 Two men who thought they were only having “innocent fun” driving at night on a major Tokyo highway while sitting in the windows of their cars found law enforcement less amused by their antics.

The two drivers were among five people arrested on suspicion of reckless driving earlier this year on the metropolitan highway in Kawasaki.

Police said the incident happened around 10:30 p.m. on February 22.

Police said both men confessed to the crime, with one telling them: “I never thought it would become such a big deal.”

Kanagawa Prefecture Police announced on November 15 that the two men in their 20s living in Chiba Prefecture had been arrested for breaking traffic laws.

They are accused of driving with their upper body out of the driver’s seat window and sitting on the window frame with their legs straight in the air.

They controlled their vehicles using only their left hands on the steering wheel and their left legs and feet to operate the brakes and accelerator pedal.

Three other people were also arrested as they used four cars to obstruct the driving of others by squeezing between the lanes of the highway.

Police sent papers to prosecutors for the other three individuals on the same charge as the two drivers who were sitting on their car windows.